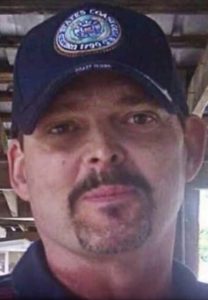 Barnwell – Joseph Clyde Moody, 60, went into eternal rest on October 19, 2019 at his home. A memorial service will be held on November 16, 2019 from 2:00 – 4:00 at The Yana Club, 107 Matthews Drive, Hilton Head, S.C. 29926.
Joe was born in Allendale, SC and was the son of Shirley Stanton Moody and Emperor William Moody, Sr. Joe attended Allendale High School. Joe had a passion for being outdoors and was employed as a Caretaker at Greenswamp Hunting Club in Tillman, SC for fifteen years. Joe was also a member of AA and enjoyed helping others with their journey in sobriety. Joe will always be remembered for his love for God, people, family and friends. Joe was a compassionate person and loved helping others.
Joe is survived by his sister, Naomi (Garth) DeFrenn. Two brothers Bill Moody and Jim Moody. His nieces Kimberly (Donnie) Mayhall and Amanda Moody, his great niece Savannah Sanders and his great nephew Jase Mayhall.
Joe is predeceased in by his mother Shirley Stanton Moody and father Emperor William Moody, Sr., his maternal grandparents Mildred Grace Stanton and Ernest Stanton, his paternal grandparents Naomi Creech Moody and James Maner Moody.
Memorial donations in lieu of flowers may be made to Naomi DeFrenn, 1377 Jackson Street, Barnwell, SC 29812
The family has entrusted Dyches Funeral Home and Crematory with the arrangements.