Barnwell – Jerry Arnell Walsh, 87, went to be with his Lord April 30, 2020. A Graveside service will be held Sunday, May 3rd, 2020 at 3 p.m. Barnwell County Memory Gardens with Dr. Kenneth Catoe officiating. Visitation will be held May 2nd at Dyches Funeral Home and Crematory, Barnwell, SC from 5-7 pm.
Jerry Arnell Walsh was born January 2, 1933 in Winnsboro, SC to the late Tommy Walsh and Mary Hackle Walsh. Jerry grew up in his beloved Winnsboro Mill Village and graduated from Mt. Zion Institute in 1951 where he was a two sport athlete known for his outstanding throwing arm. After graduation he attended USC and worked for Uniroyal in Winnsboro, where he said he went in asking off. In 1954 he was hired at Savannah River Plant and moved to Barnwell. He married Virginia Sharpe that same year. At SRP he began his career as a base operator and retired as area manager in the Reactor Department. He was an early member of the Barnwell Baseball Association and coached in Dixie Youth for many years. He was a member of Hagood Avenue Baptist Church where he was a deacon and Sunday School Teacher. During his retirement years he enjoyed his life-long passion of gardening and meeting his fellow retirees at Hardees for breakfast.
Survivors include his wife of 65 years, Virginia “Jenny” Sharpe Walsh of the home; son Lon Shannon Walsh of Barnwell and grandson Harrison Dwight Walsh of Barnwell and USC.
He is predeceased by his daughter Karen Lisa Walsh and special life-long friend Harold Geddings. The family has entrusted Dyches Funeral Home and Crematory with arrangements. 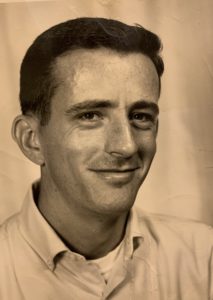 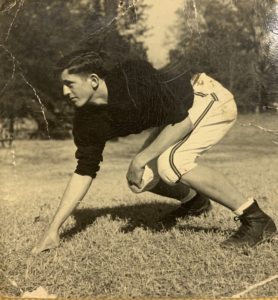